This week’s T10 Tuesday prompt was a Cover Freebie, so I decided to take this time to explore the many beautiful covers of Christopher Pike. Each title has about a million different editions; I dug through until I found the ones that really had me with hearteyes.

Yep, that’s right! This awkward ghoul will be hittin’ your speakers on October 1st (although an early Meet the Hosts episode is already up & ready to be listened to)! I’m co-hosting The PikeCast with my beautiful & amazing friends, Cassie & Cooper S. Beckett (who also took the photo I used for the cover image of this post)! We will be discussing a Pike book every other Thursday, so make sure to subscribe & join in on the fun!

The podcast is perfect for Pike lovers and Pike newbies (it’s me, I’m a newbie); we’ll let you know ahead of time what book will be covered next so that you can read before the episode airs!

Synopsis: Jean is on her way to Hawaii for a week of fun but the vacation gets off to a gruesome start. The boy beside her on the plane chokes and dies. Jean tries to push the incident out of her mind when she arrives on the island but it’s impossible. Part of the reason is because Mike keeps coming back to her in dreams; horrible dreams filled with blood.

Two of Jean’s friends are awaiting her in Hawaii – Mandy and Michele. They have already made friends with two young men who teach scuba diving at the hotel, Dave and Johnny. Jean and Johnny quickly become friends but there are problems in paradise. Dave and Johnny have recently lost a partner in the ocean. No one knows how he died. No one can find his body. Then Jean does. It isn’t where it’s supposed to be and seems to have some life in it!

Synopsis: He did not want to kill. Dusty Shame was a high school senior, and a serial killer. Already he has murdered three young women, and he has more planned. Yet Dusty did not want to hurt anybody. There was something inside him, or perhaps outside him, that compelled him to kill.

Sheila Hardolt has lost her best friend to Dusty’s insane attacks. It will be her task to probe the clues Dusty has left at the site of each of his murders. Clues that will point her into the past — to a time when a large portion of mankind lost all sense of decency.

There she will find the seed of Dusty’s evil compulsion, the Wicked Heart, and the reason why it did not die the first time it was destroyed.

Spooksville: Aliens in the Sky

Synopsis: When Adam and his friends stay up late one night, they see bright lights in the sky. Lights that look suspiciously like flying saucers. Then, the next night, one of the saucers lands by the reservoir, and the creatures who come out of the ship don’t look like people at all. Their heads are too large, and their eyes are too big and black. Worse, they want Adam and his friends to come with them for a little ride in space. In fact, the aliens insist that they come. They practically drag the kids into their ship. Then the flying saucer takes off! And it doesn’t look like they’ll be coming back anytime soon. Can Adam and his friends figure out a way to get home?

** The Remember Me series was re-released this year & I’m just 100% here for the color palette of the new covers.

Synopsis: After a night spent out with friends, Shari Cooper wakes up in her bed not sure how she got home. And things only get stranger when her family acts like she’s not even there. Nothing Shari says gets a response and nothing she does can get someone to even glance at her. Then the hospital calls.

Shari’s mom starts to cry. The blood drains from her dad’s face. And still no one will tell her what’s wrong. But when they arrive at the hospital, Shari follows her family to the morgue and sees herself lying there on a cold slab. She’s dead.

The police rule her death a suicide, but Shari knows she was murdered—and if the cops won’t find her killer, she will. To investigate, Shari spies on her friends and even enters their dreams. There, she comes face to face with a nightmare from beyond the grave…the Shadow. The Shadow is even more horrible than death itself, but Shari must face it to uncover the truth about her death and prevent her murderer from killing again.

Synopsis: HE MAY HAVE PHOTOGRAPHED A MURDER. Herb just wanted to photograph the cheerleaders in the school showers. He planted his camera high in the corner where no one could see it, and rigged it to a special homemade timer. He did that Thursday night, and he hoped that by Friday night he would have an exciting roll of film to develop.

But a girl dies Friday afternoon. On the surface it appears to be nothing more than a tragic car accident. But when Herb finally does collect his roll of film, he develops a picture that shows a shadowy figure sneaking up on the girl who has died—sneaking up on her with a baseball bat.

It makes Herb wonder if the girl was dead long before the car accident.

But unfortunately for Herb, he doesn’t wonder if the murderer knows he took the picture.

Synopsis: Journalist Peter Jacobs is drawn into the police investigation of two strings of gruesome deaths when he receives an anonymous call from someone who knows more than he should about the murders. And when Julie Moore, a graduate student researching Near Death Experiences, falls in love with Peter, she has no way of knowing that she has placed herself in the deadly sights of the Cold One who needs Peter to complete Its mysterious designs…

Synopsis: There is a famous cave located just outside of Spooksville. A lot stories surround the dark place: scary ones as well as exciting ones. Adam decides to explore the cave with his friends, Watch, Sally, and Cindy. But the moment they enter the cave, the entrance closes behind them. They are trapped. In the dark.

They walk deeper into the cave, frantically searching for a way out. The batteries in their flashlights begin to run low. Then they realize something is following them. Something that has been in the cave for a long time. Something big, black…and hungry.

Synopsis: Adam and his friend are exploring the forest near Spooksville when they come across huge blocks of ice, hidden in the trees. They decide to melt one of the blocks with fire. When they do, a strange man comes out of the ice, and tries to grab them. This man has very cold hands, and his eyes aren’t to warm either. Soon there are dozens of Cold People running around Spooksville, freezing people. It seems nothing can stop them from making everybody cold. But Adam and his friends have an idea that just might save the day. Or else get them turned into human popsicles.

Synopsis: Roxanne and Pepper are a teenage couple with problems. They leave their small town for a weekend to try and solve them. They don’t really succeed, and when they return home they find their town empty.

They call other towns.

They find the whole world empty.

But eventually they discover three other Kids their Age who are still alive in the town. They cannot imagine why the five of them seem to be the only ones left of the entire human race. They have only one thing in common. They were each directly or indirectly involved in the death of Betty Sue – the plain, shy girl who committed suicide only a short time ago. Betty Sue – the quiet, brilliant girl who wrote short stories about each of them. Stories of hate, of revenge, of death in a dead world.

It makes them wonder who Betty Sue really was.

Or what Betty Sue was.

Synopsis: Teresa Chafey is running away from home. Driving north along the California coast, she picks up two mysterious hitchhikers: Poppy Corn and Freedom Jack. Together the three of them tell stories: Teresa of her devastating relationship with her boyfriend, Poppy of a sad young woman she once knew, and Freedom of a talented young man with a violent temper.

Yet as they talk, a darker story unfolds around them. A story of life and death, of redemption and damnation. It will be the longest night of Teresa’s life.

Maybe the last night of her life.

Do you have a favorite Christopher Pike cover?! Will you be tuning into the podcast? Let me know in the comments! 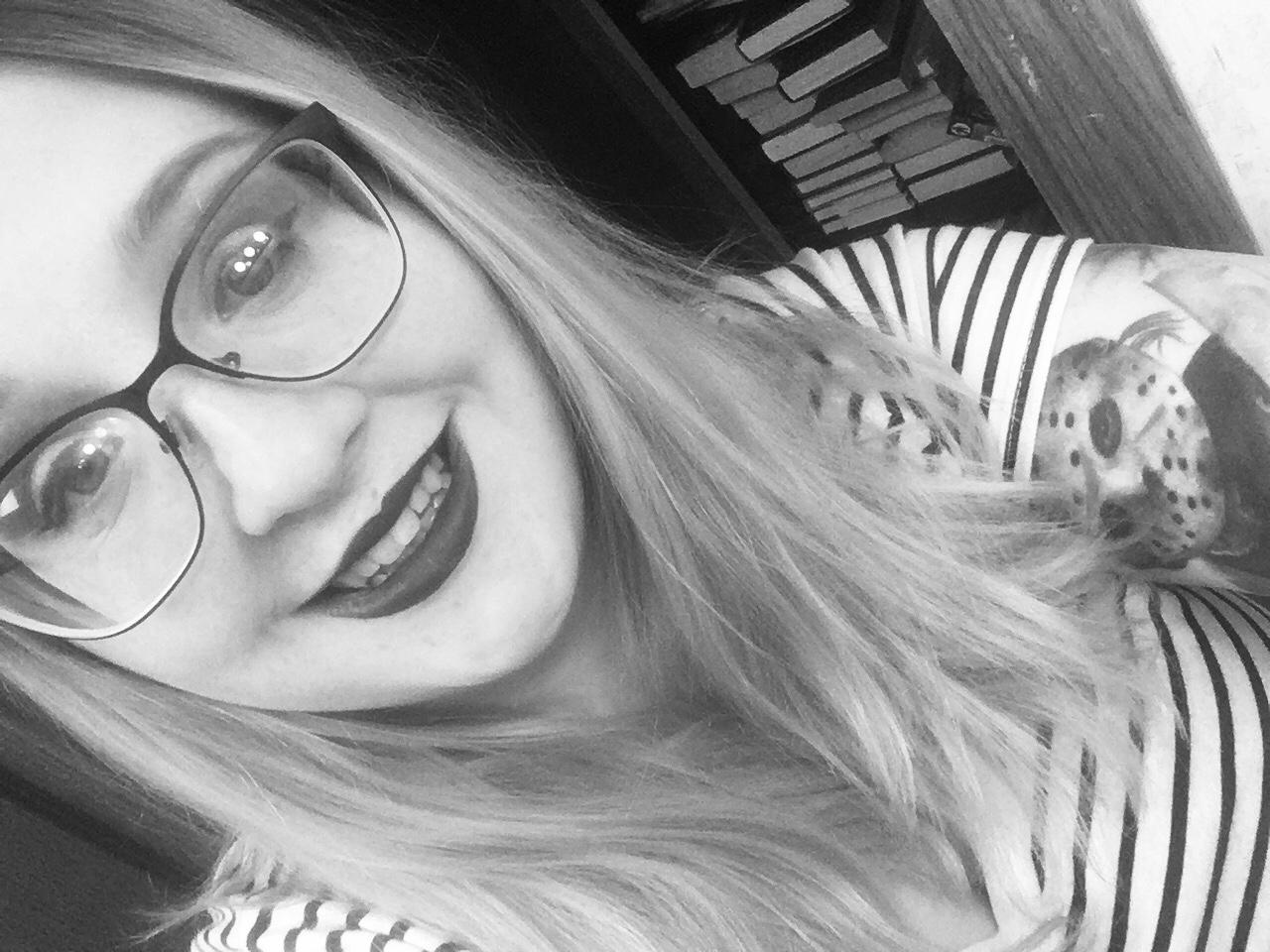 It's me -- your friendly neighborhood ghoul, Becca (or Bex). I'm a 29-year old writer who loves books, video games & long walks in the graveyard. 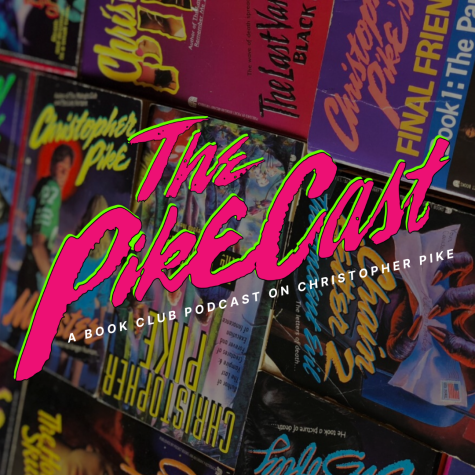 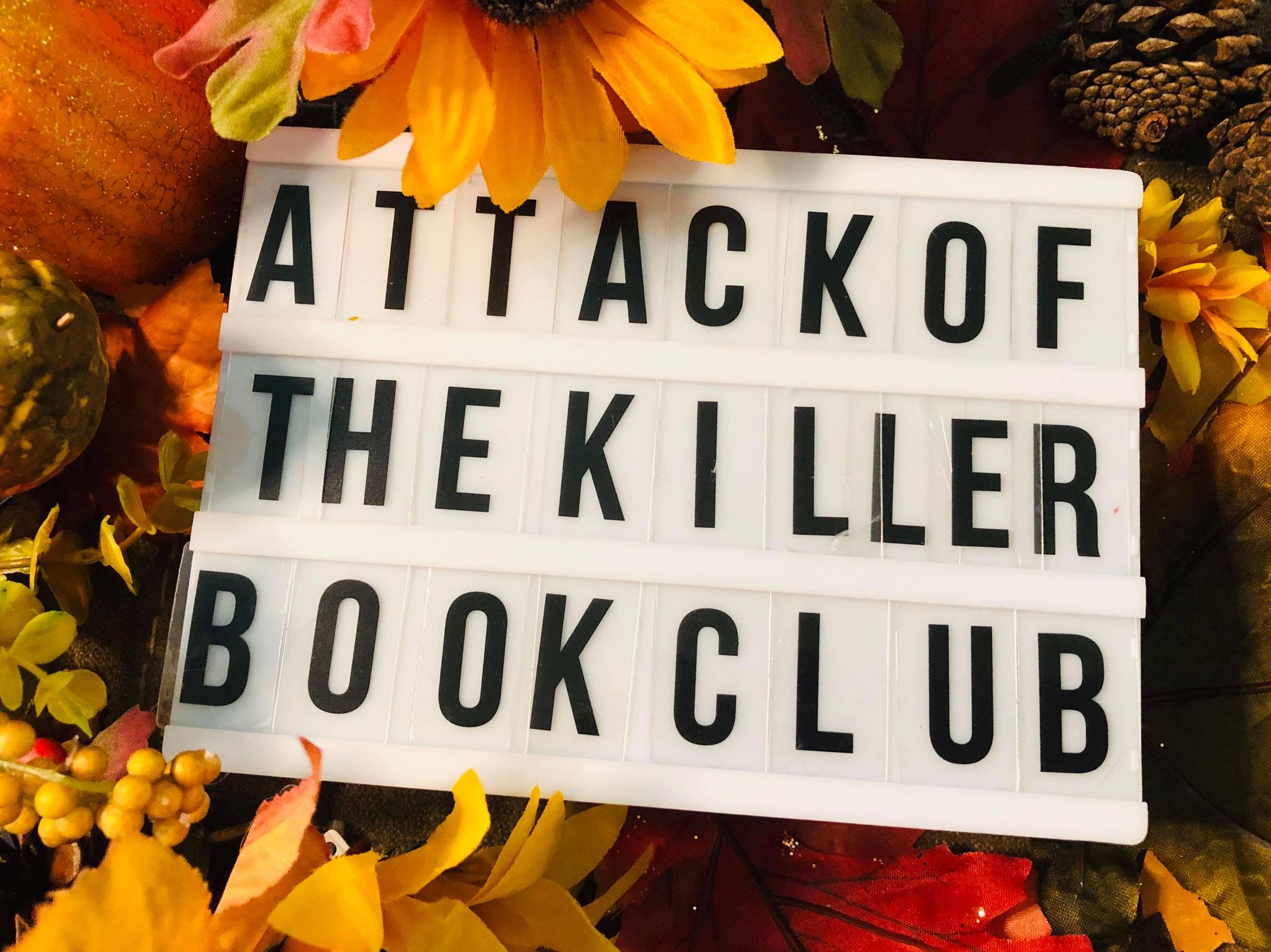